Here’s a project that encompassed several years, required new construction, new infrastructure and temporary space in a shopping mall. The park district board at Bloomingdale, IL won approval to redesign their main facility called Johnston Recreation Center. The big challenge was determining where all the staff and their services were going to operate during the construction phase.

In terms of tele-network (phones, voice service and internet) everything had to move and operate under some interesting circumstances. RAM was asked to move the network and keep it functioning in completely different environments with various cabling and electrical challenges.

Due to space restrictions, staff members were relocated from the JRC building to several facilities including the local shopping mall. This change required a new network for the phone system. All the phones were reprogrammed to function in a distributed network environment. The system had to function in four different facilities as if everyone were in
the same building. With the help of Links Technologies, RAM’s team was able to design and reconnect the system successfully. Part of the temporary design included an SDWAN (Software-Defined Wide Area Network) service. The SDWAN service was critical in keeping the distributed network alive and functioning during peak usage.

The biggest challenge was bringing new services to the JRC building. The facility was in need of faster speeds and more efficient network capacity. To accomplish these goals RAM researched the options and helped Bloomingdale settle on new fiber infrastructure. RAM organized and managed several site surveys with AT&T engineering and our partner, Advanced Data Technologies. The surveys were critical for determining the best physical location for service and the lowest possible construction cost. The fiber project took over three months to complete. With Advanced Data’s help, we were able to keep
construction costs as low as possible and meet buildout deadlines for the general contractor 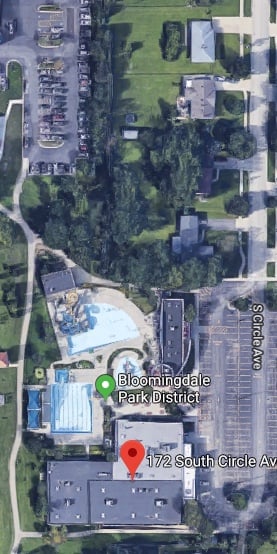 The new tele-network included several improvements over the old system. For starters, internet capacity doubled allowing end-users to work more efficiently than before. Voice and internet redundancy were both addressed in the new design. The park district now has an SDWAN router in place that manages redundant internet services.

In addition to new technologies, RAM was able to help Bloomingdale phase out some old ones. Faxes were still necessary
for the maintenance and JRC operations. However, RAM was able to replace outdated (and expensive) analog phone lines with IP fax modems. This solution saves money and eliminates another invoice for the accounting team.

Overall, RAM dedicated considerable time working with Bloomingdale and its vendors to construct a new, better telenetwork. Careful planning, communications and site visits kept the transitional interruptions to a minimum so the Bloomingdale staff was able to get back to work smoothly in their renovated home.

Learn how our telecom consulting, Help Desk and Disaster Recovery Services have made RAM the only telecommunications choice for Testa Produce.